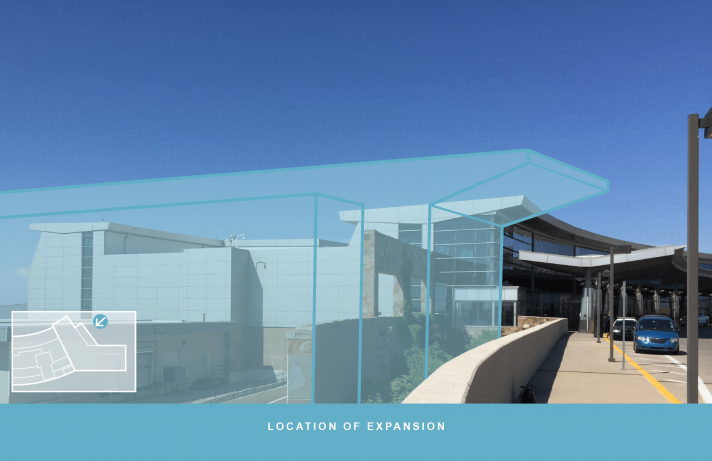 (September 24, 2015) Will Rogers World Airport announced that the Oklahoma City Airport Trust were presented the schematic design plans for the expansion of the airport terminal. The terminal expansion will include a new streamlined security checkpoint, a public observation gallery, increased shopping and dining amenities, space for future international air service and other high-tech enhancements. The expansion project is driven by the need for more capacity in the terminal.